The ancient Egyptians were a fascinating civilization that left a lasting legacy on the world. They were known for their incredible feats of engineering, their sophisticated art and culture, and their advanced system of writing and mathematics. One of the most interesting aspects of ancient Egyptian society was their use of a 365-day calendar, which was the first of its kind in history.

The ancient Egyptians were skilled astronomers who carefully observed the movements of the sun and the moon. They used this knowledge to develop a calendar that was based on the cycles of these celestial bodies. The calendar consisted of 12 months of 30 days each, with an additional five days added at the end of the year to account for the discrepancy between the solar and lunar cycles. This resulted in a calendar with 365 days, which was more accurate than any other calendar in use at the time.

The ancient Egyptians used their calendar for a variety of purposes. They used it to keep track of time, to predict the annual flooding of the Nile River, and to celebrate important festivals and events. They also used the calendar to plan for the future, as the cycles of the sun and the moon could be used to predict the rise and fall of the Nile, which was crucial for their agriculture.

One of the most important festivals in the ancient Egyptian calendar was the festival of the new year, which was celebrated on the first day of the month of Thoth. This festival was named after the god of wisdom, who was believed to have invented the calendar. During the festival, the people would offer sacrifices to the gods and make offerings to the dead, in the hopes of ensuring a good harvest and a prosperous year ahead.

The ancient Egyptians believed that the calendar was a gift from the gods, and they treated it with great reverence. They named one of their months after the festival of its invention, and they carefully preserved their knowledge of the calendar for future generations.

You May Like: The Magic of Makeup: How Ancient Egyptians Used Cosmetics for More Than Just Beauty

Leap Year: How the Ancient Egyptians Corrected Their Calendar and Aligned It with the Seasons?

The ancient Egyptian calendar was based on the cycles of the sun and the moon, which are not exactly 365 and a quarter days long. As a result, the calendar would slowly fall out of sync with the seasons over time. To correct this discrepancy, the ancient Egyptians added an extra day to the calendar every four years, a system known as a leap year. This helped to keep the calendar in line with the seasons, and ensured that their agricultural activities were properly aligned with the cycles of the Nile.

Despite this correction, the ancient Egyptian calendar was not perfect, and it still fell out of sync with the seasons over longer periods of time. In fact, over the course of several centuries, the calendar would drift out of alignment by several months. To fix this problem, the ancient Egyptians would periodically hold a “month of vacancy,” in which they would add an extra month to the calendar to bring it back into alignment with the seasons.

In addition to these corrections, the ancient Egyptians also made occasional changes to the length of their months. In some cases, they would add an extra day to a month to ensure that it was properly aligned with the seasons, or they would adjust the number of days in a month to account for changes in the lunar cycle. Despite these adjustments, the ancient Egyptian calendar remained relatively stable over time, and it continued to be used for many centuries.

You May Like: 7 Shocking Misconceptions About the Holocaust: The Truth 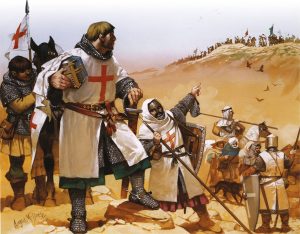 The Crusades: A Complex Interplay of Ideologies, Powers, and Wealth, It Wasn’t Just About Religion! 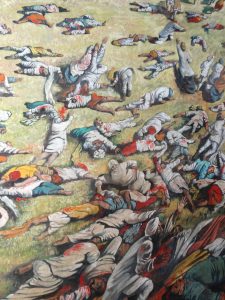 The Dark History of British Oppression: A Struggle for Freedom and Justice

The Magic of Makeup: How Ancient Egyptians Used Cosmetics for More Than Just Beauty